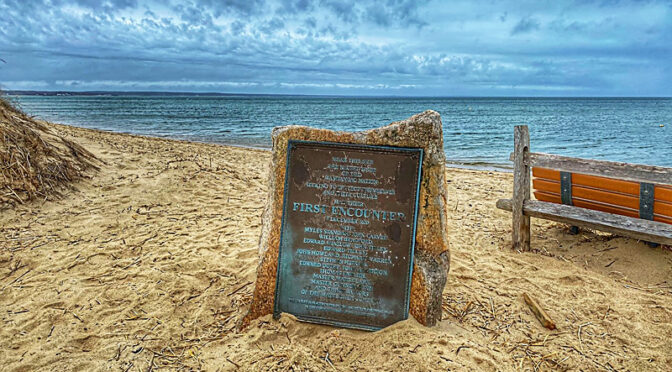 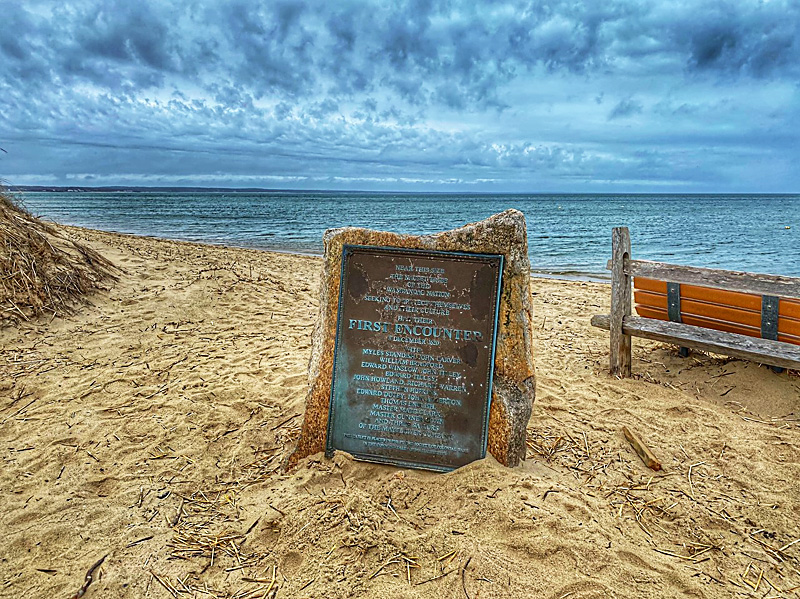 “First Encounter Beach is a place with historic significance in Eastham on Cape Cod. It was so named because it is the site of the first encounter between Native Americans and the Pilgrims prior to their settling in Plymouth. A tablet on the knoll at the north end of First Encounter Beach marks the location of this first encounter between the Pilgrims and the Native Americans on December 8, 1620.”

One thought on “First Encounter Beach On Cape Cod.”