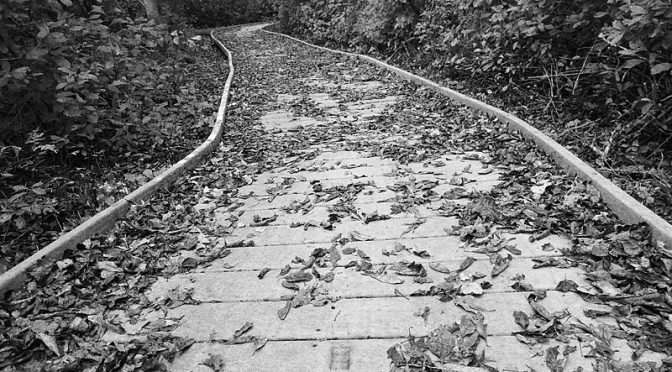 This photograph of the boardwalk on the Red Maple Swamp Trail at Fort Hill says it all. The leaves are have fallen and winter is coming.

I loved this photograph in black and white. What do you think? 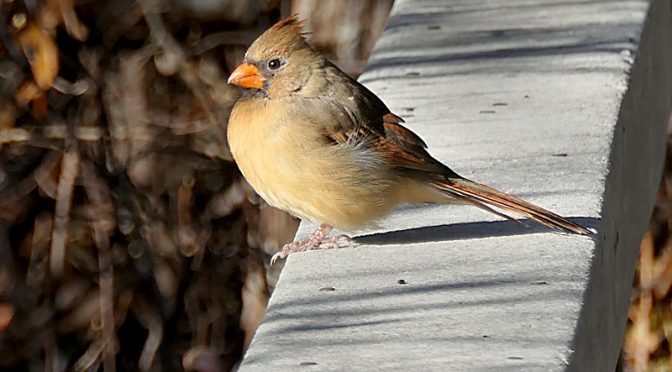 It was such a treat to see this female Cardinal while hiking the Beech Forest Trail in Provincetown. I love Cardinals! We had read a story years ago about 2 Cardinals, male and female, who were named Red and Birdie. Since then all of the Cardinals that we see are either Red or Birdie! 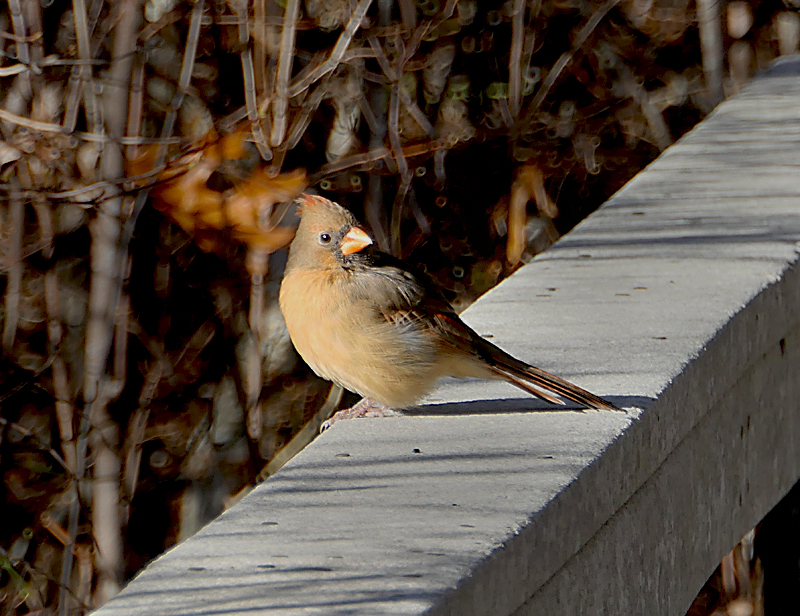 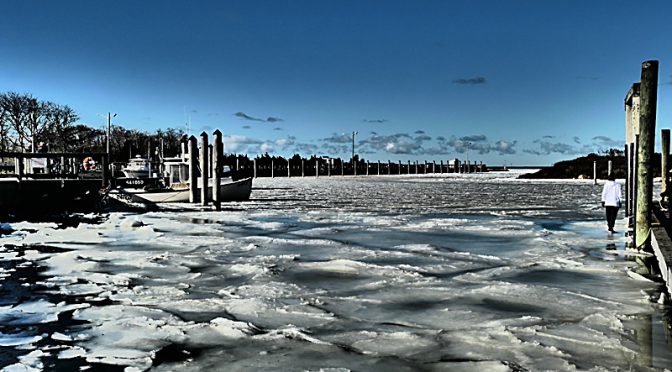 Thanksgiving Day and Friday the temperatures were in the 20s with windy conditions here on Cape Cod. I took a ride to Rock Harbor In Orleans on Friday to take some photographs of the ice on the harbor and on Cape Cod Bay. 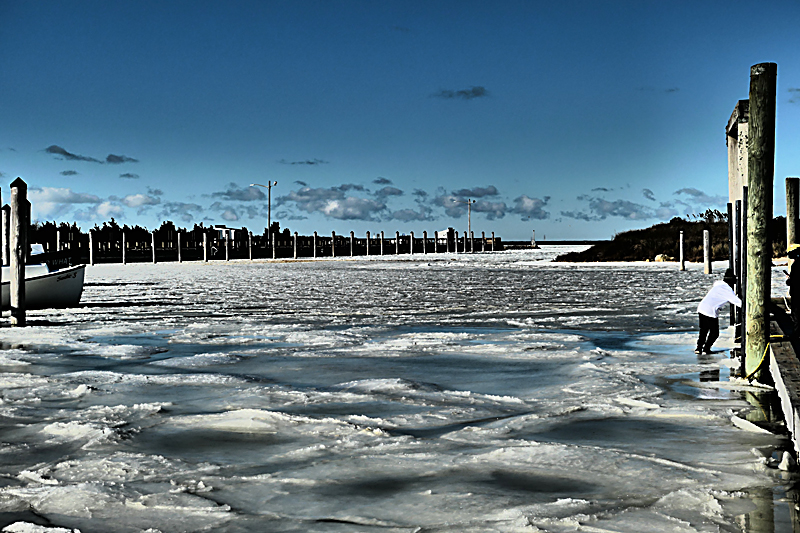 As I was taking some photographs of the harbor, 2 teenage boys came riding down on their bikes. They had just a hoodie on, so they were not dressed for the weather at all. They parked their bikes on the dock closest to the water. One of the boys went and sat down on the edge of the dock and took some photographs with his phone. So far…ok.

He then decided to stand up on the ice. I could not believe it. I was afraid if I yelled, he would get scared and fall in. There was a woman that they knew also on the dock and she said to him, ” Oh, you can stand up on the ice?” He said, “Yea,” and then proceeded to fall in. Thank goodness he was within arm’s reach of the dock and grabbed on and pull himself out. He went in just over his knees and his pants and shoes were soaked.

All I could think of was that if he were another foot away, he would have fallen in through the very thin ice and drowned. It was such a scary thing to witness.

The moral of my story is… don’t EVER take ice for granted! Stay off of it, especially in salt water. 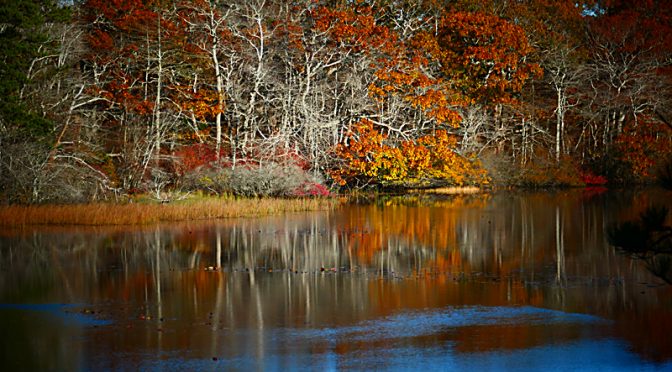 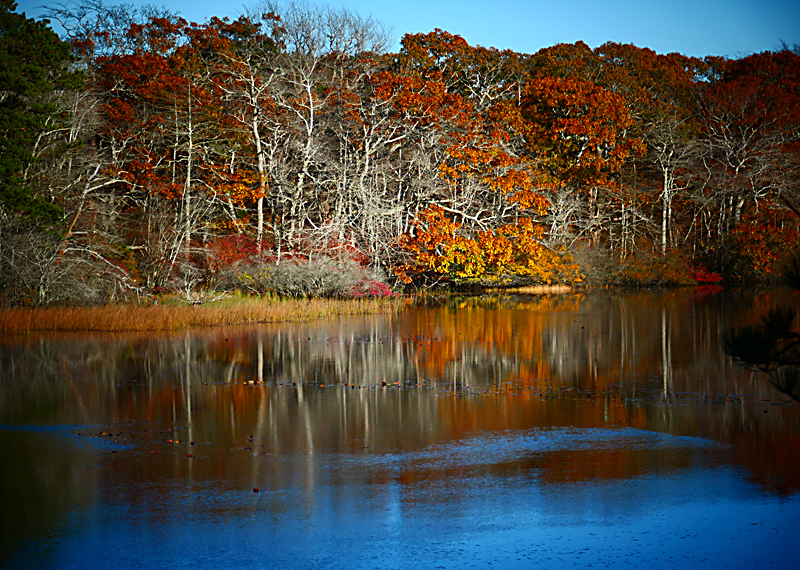 The views are so pretty as you hike the Beech Forest Trail in Provincetown. I loved this reflection on the pond a couple of weeks ago when the leaves were so vibrant. 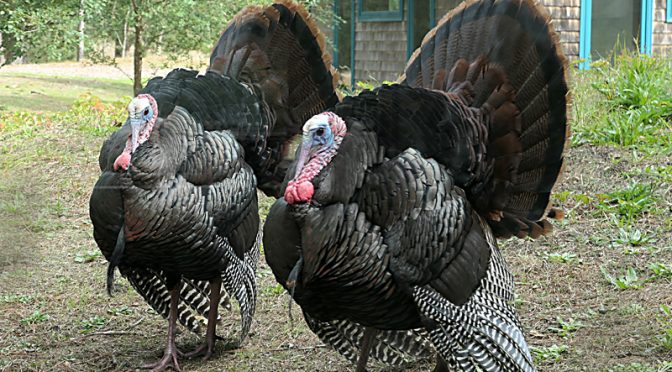 We were at the Wellfleet Wildlife Sanctuary a couple of weeks ago when I was looking out the window in the museum and there were some wild Turkeys. I thought that might be a nice Thanksgiving photograph. And then… they spread their feathers and turned around as if they were modeling. Ha! 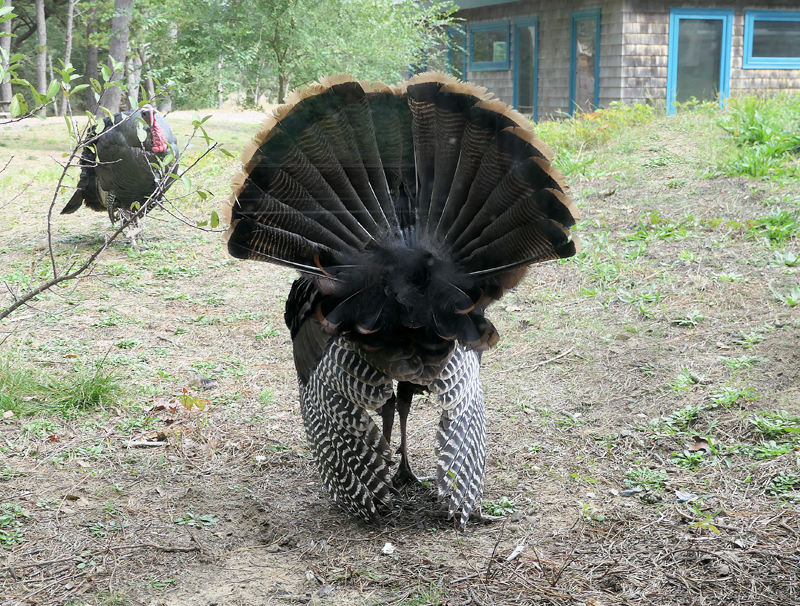 Wishing you all a Happy Thanksgiving!! 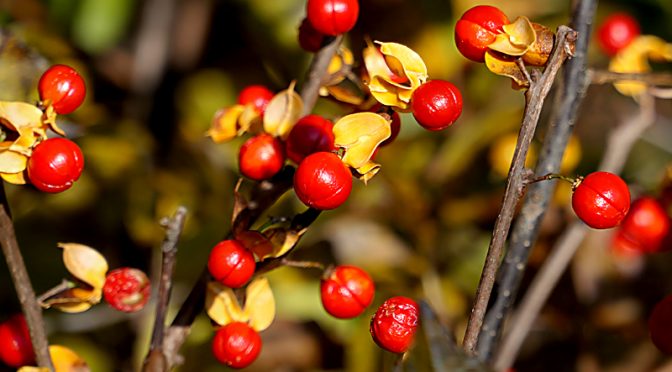 I get very nostalgic whenever I see  Oriental Bittersweet vines with bright orange berries growing along the trails at Fort Hill. When I was little, my mother would take us out and gather the long vines which she would weave into  a gorgeous fall wreath for our door. 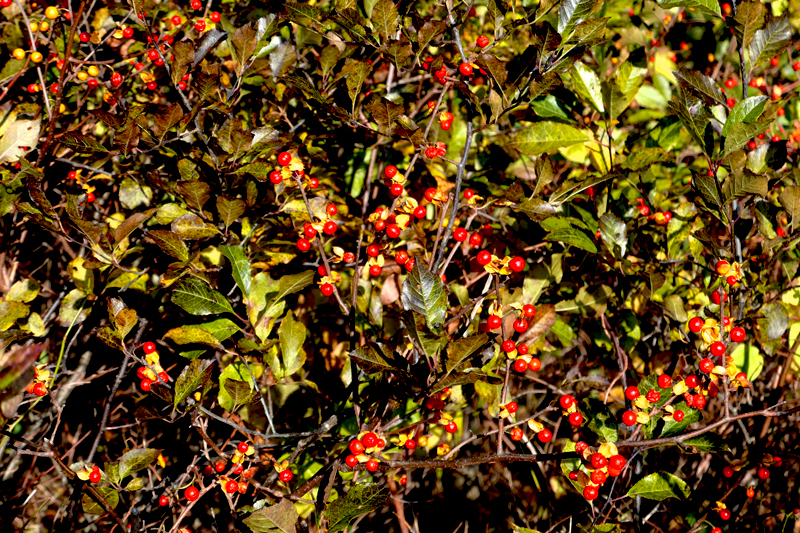 Oriental Bittersweet has a twining woody vine with tiny green flowers which grow into clusters of showy bright orange-scarlet berries with yellow leaves.

Have you ever seen an Oriental Bittersweet? The berries are exquisite!