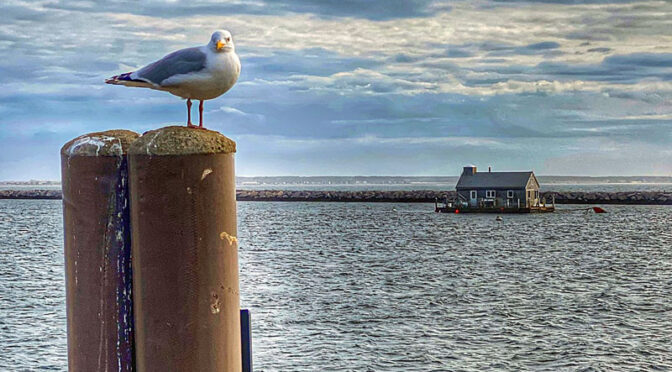 We’ve seen this houseboat out in the waters at the end of MacMillan Pier and never knew what it was. In doing some research I found several articles on this “dune shack” and how it washed ashore at Chatham’s North Beach and was moved to Provincetown Harbor.

A few years ago the new owner “salvaged the shack from the eroding sands of North Beach in Chatham, purchased it for $1 from its owners, and used his professional resources to move the 16-by-32-foot structure out to the harbor.” It really is pretty cool.

“The spell cast by the sounds of sea — the lapping of waves, gulls, the occasional seal, and fishing for your dinner at night — is hard to resist.” I guess he likes living there… what an adventure!

One thought on “Interesting Houseboat In Provincetown Harbor On Cape Cod.”