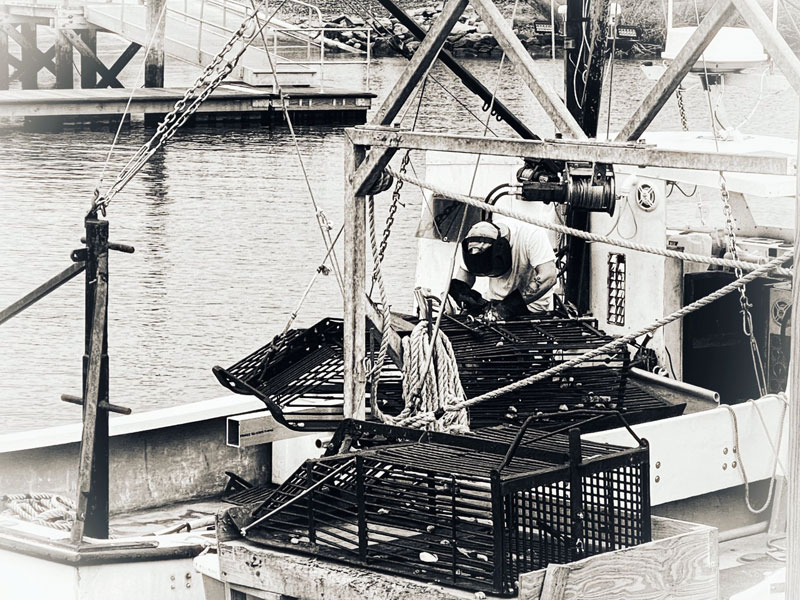 Phil and I were at Rock Harbor watching the boats the other morning when we saw this fisherman working on his boat. I couldn’t decide if i liked the photograph in black and white or in color. They each give you a different feeling. (Click on blog link for photo in color.) 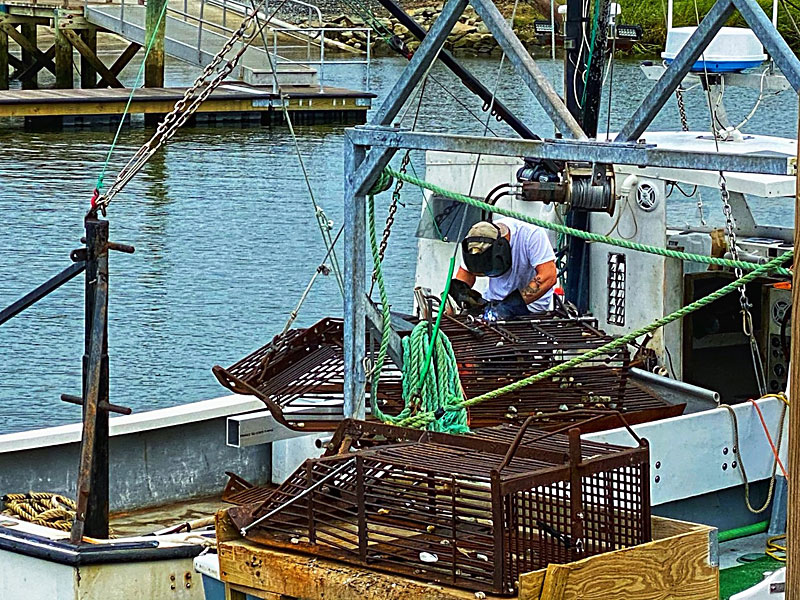 What do you think? Which one do you like better? 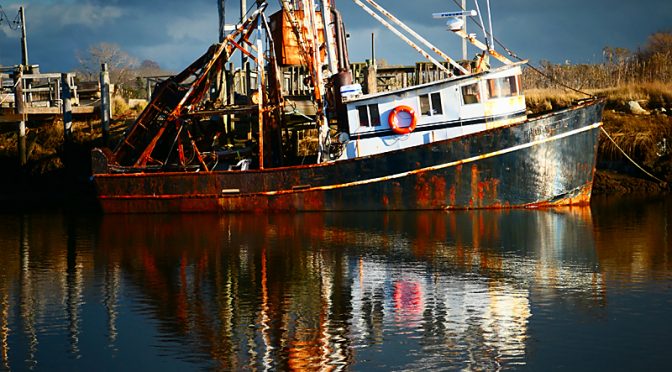 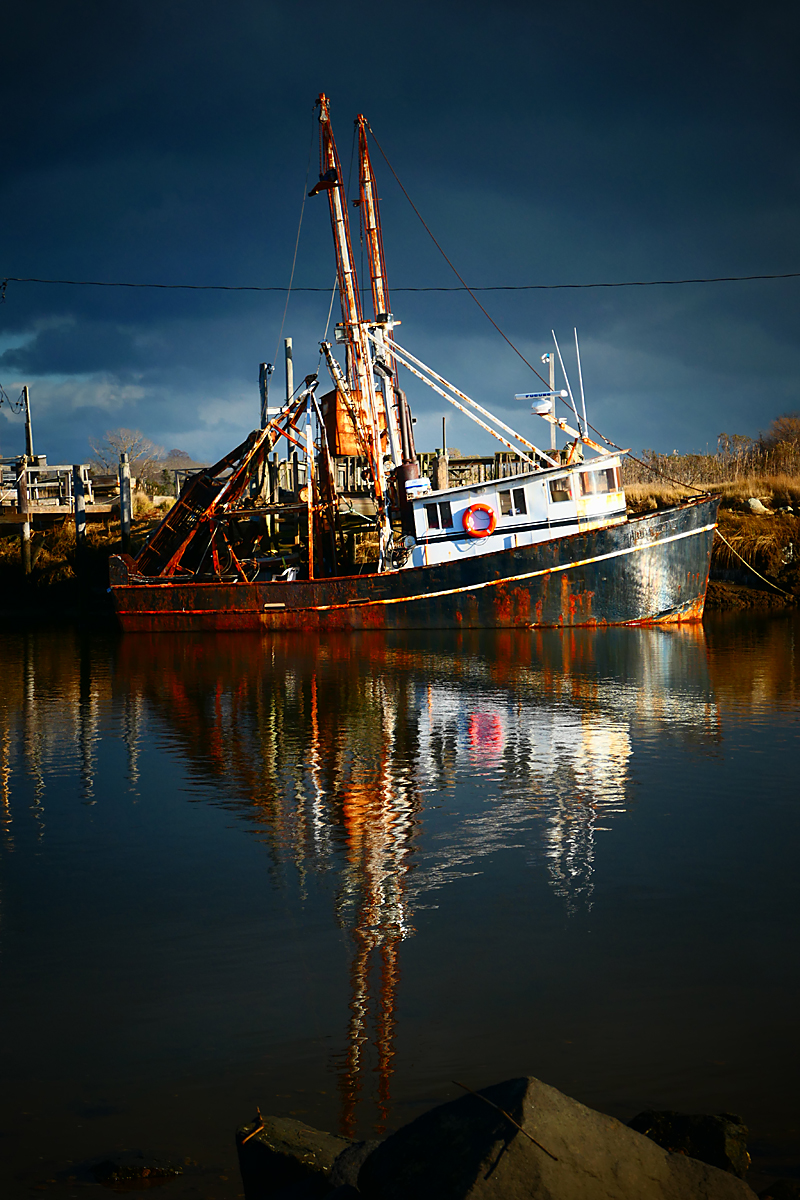 I love this old fishing boat at Rock Harbor on Cape cod. It goes out fishing… summer or winter, rain or snow. I loved the stormy sky in the background. 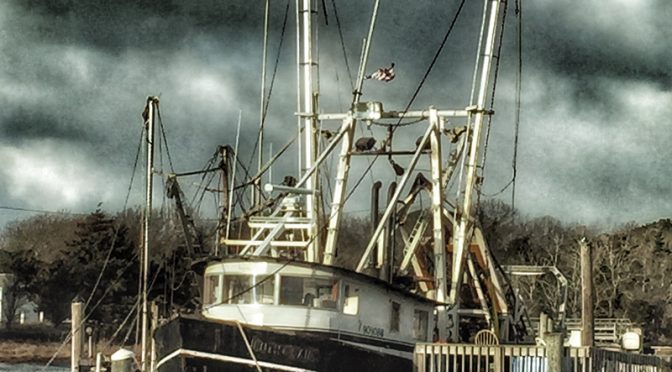 There are still a couple of boats in Rock Harbor on Cape Cod. This big fishing boat looks like it has made many fishing trips out into the ocean!

Such a cool place! Have you ever been there? It’s where they dock The Finest Hours rescue boat, the CG 36500 in the summertime for all the tourists to visit! 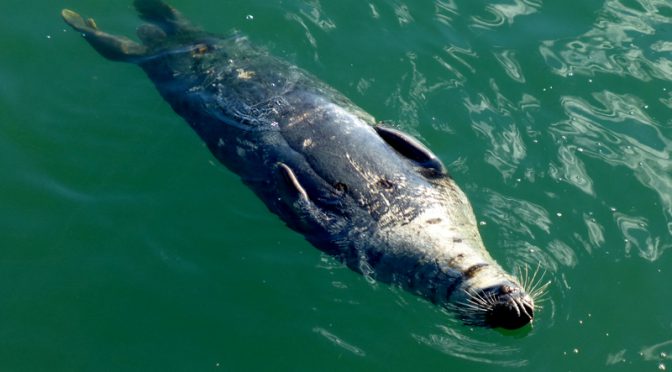 It was fun to watch the seals at the Chatham Fish Pier on Cape Cod. They were stalking the fishing boats that had just come in, waiting for the crew to throw some of the fish overboard. This first photograph is of this seal just lazing around on his back, having a grand old time. The second photograph is of the seals and the seagulls fighting to get those fish that the fishermen had just thrown overboard. It was like a fishing frenzy!