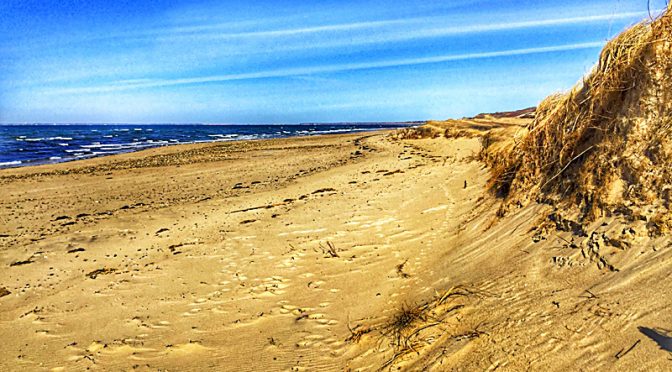 The beaches in Wellfleet are just gorgeous. This view is at Duck Harbor Beach, on the eastern side of Wellfleet looking out toward Provincetown. 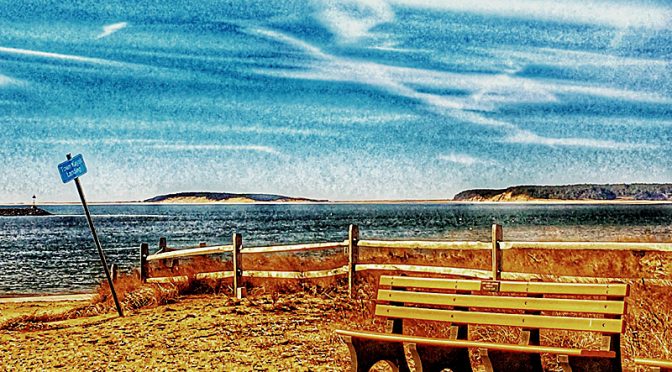 I love to go to Wellfleet Harbor and just sit there and relax on one of the many benches on the beach. It is so pretty as you look across the harbor, past the rock jetty, at Jeremy Point way in the distance. At really low tide you might even be able to see Billingsgate Island, off of Jeremy Point.

“Billingsgate Island was originally settled as a fishing and whaling community. Local historians sometimes call it the Atlantis of Cape Cod. At its height in the early 19th century there were over thirty homes on Billingsgate Island; later it even had its own baseball team. The first lighthouse was built in 1822. After an 1855 storm divided the island in half, a second lighthouse was built on higher ground in 1858. The new structure was made of brick with a granite foundation; the foundation stones and a scattering of bricks can still be found on the shoal.

The island continued to erode away with heavy flooding of the tower itself in 1873, 1875, and 1882.[3] The lighthouse keeper died in the flooding of 1875. More than 1000 feet of sea wall was built in 1888 to protect the lighthouse, but erosion continued at a fast pace. Early in the 20th century the last families moved off Billingsgate, leaving only the lighthouse keeper and a man who guarded the shellfish beds. Many of the houses on the island were floated across the harbor to Wellfleet on rafts to prevent their loss. (Some are still standing and are known locally as Billingsgate cottages.) The 1858 lighthouse was abandoned in 1915 and destroyed by a storm in December of the same year. The last light tower was torn down in 1922.”

Phil and I kayaked out there a few years ago. What an experience… to think that so many families used to live on this island that now only can be seen at low tide. 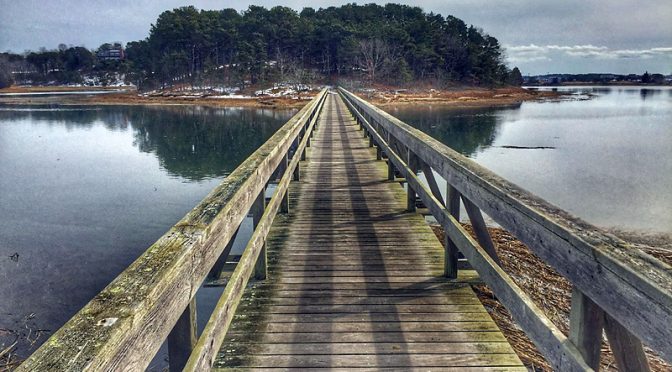 I couldn’t decide which photograph of Uncle Tim’s Bridge in Wellfleet I like better… the horizontal or vertical. What do you think? 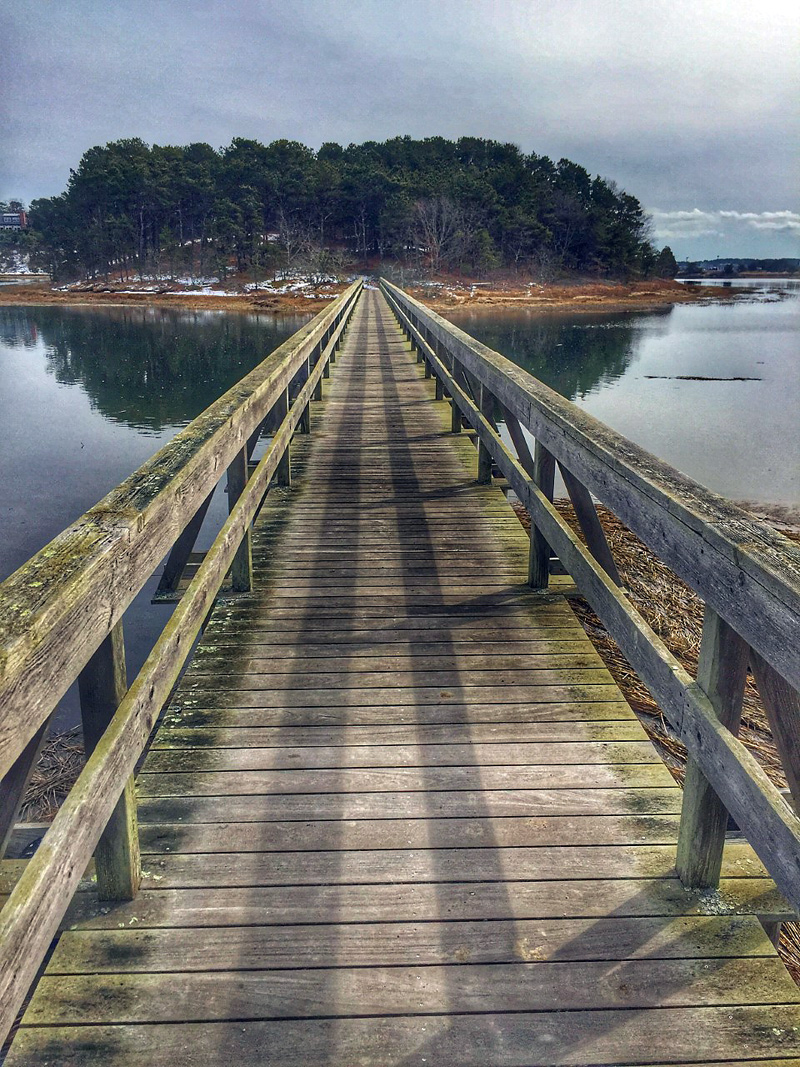 If you’ve never gone over the bridge and walked the trail, it’s worth the walk. There is a nice overlook with benches where you can sit and enjoy the view. 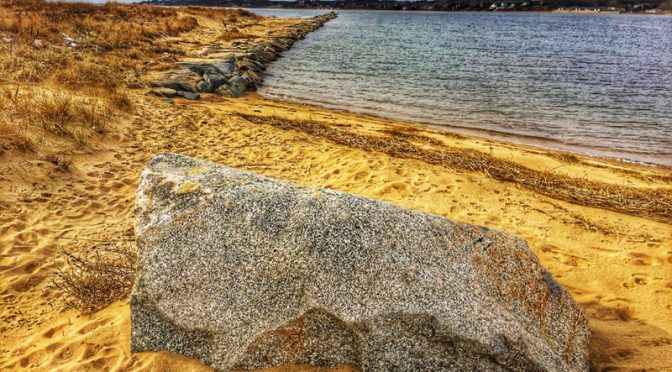 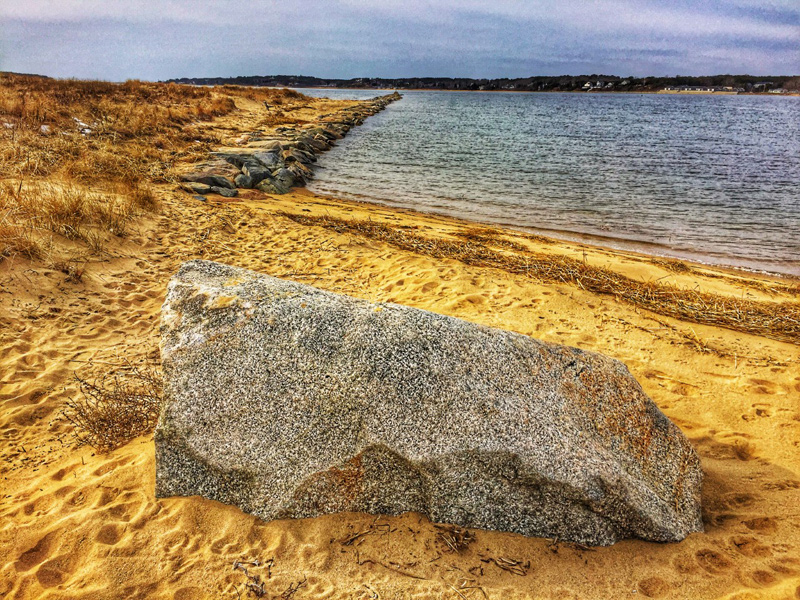 Across the harbor from where the boats launch is this really pretty rock jetty that you can walk out on. It is just beautiful. And… on the other side of the jetty is a beautiful beach on Wellfleet Bay.

So pretty, don’t you think? 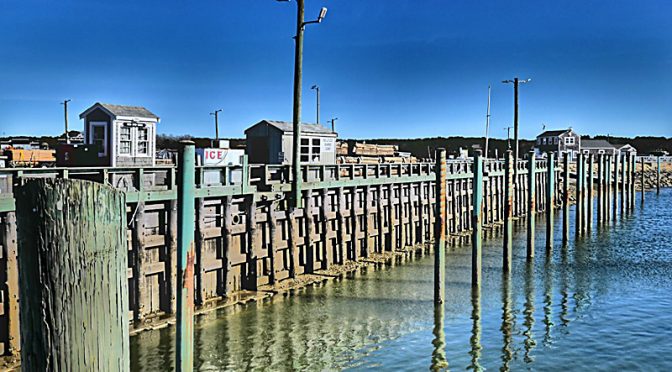 The slips are still empty at Wellfleet Harbor but not for long as the spring like weather is slowly returning. I really liked this photograph of all of the empty slips with the dock in the background and the blue sky. 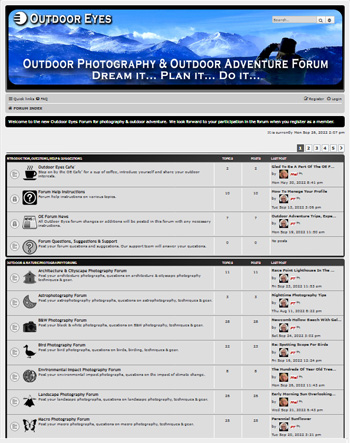