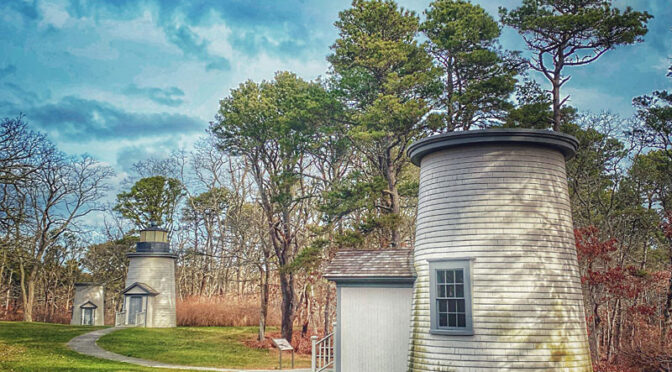 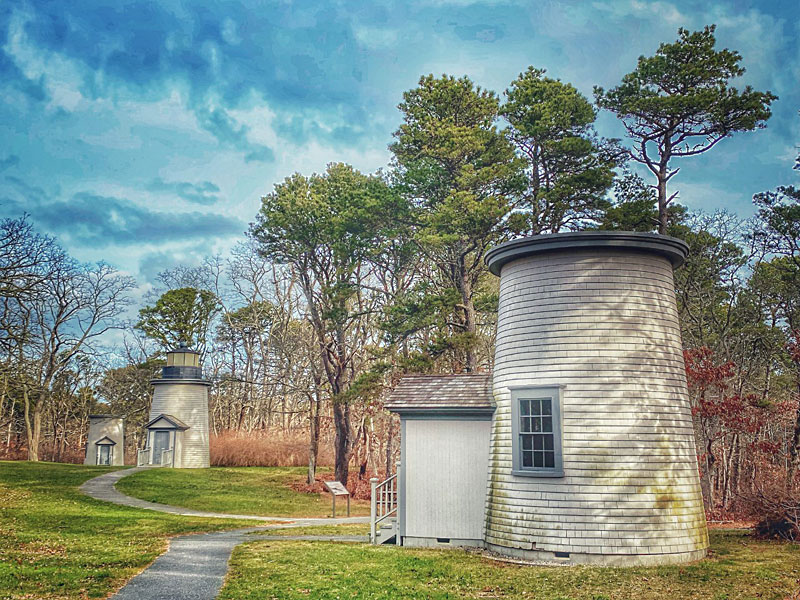 Did you know that “The Three Sisters of Nauset are a trio of historic lighthouses off Cable Road in Eastham, Massachusetts. Falling prey to coastal erosion and decay brought by time and poor maintenance, they fell into sea in 1890 and were replaced by wooden towers on brick foundations in 1892.

In 1911, two of the three Sisters were decommissioned.One of them, known as the Beacon, was moved back from the shoreline and attached to the keeper’s house. It continued to operate for some time, but ultimately, the Beacon was replaced by the Nauset Light, a new steel tower in 1923, which operates to this day.

The Nauset Light Preservation Society operates, maintains and interprets the site, having signed a partnership agreement with the National Park Service since 2004.” 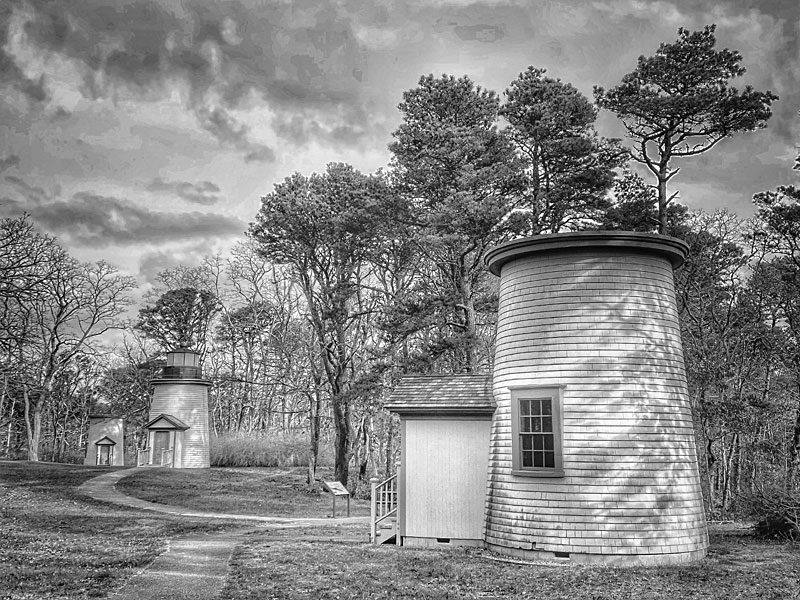 I took a photograph in color and black and white. What do you think? 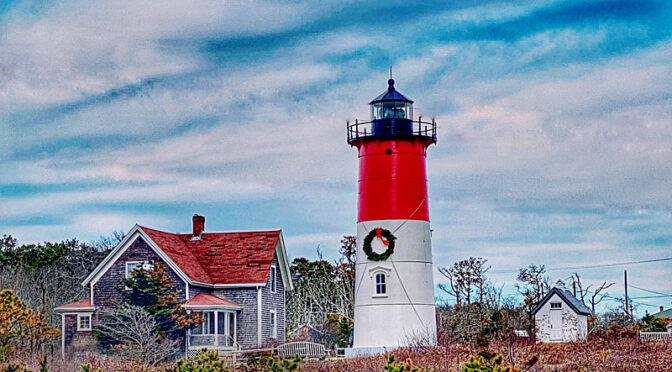 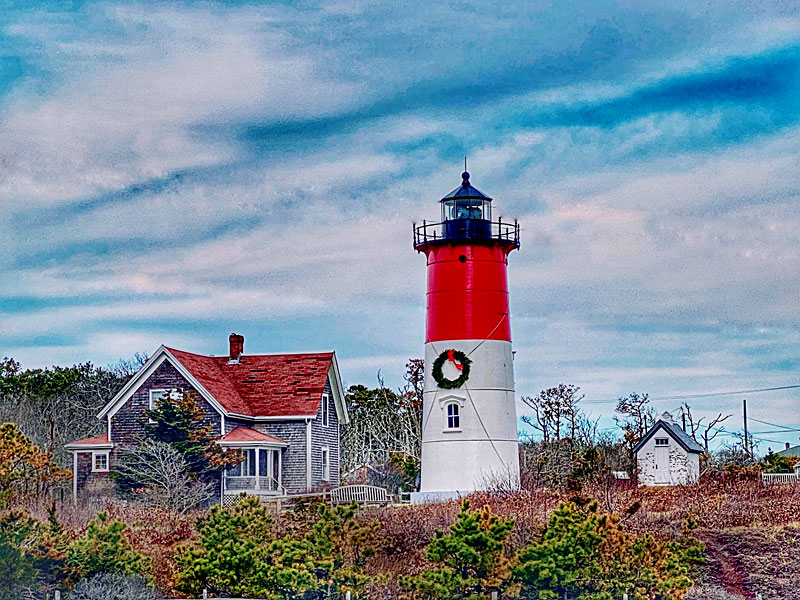 Wishing you all a Merry Christmas and a Happy Holiday from Cape Cod! May you find some peace and happiness on this day… and maybe even a little time outside to enjoy nature. 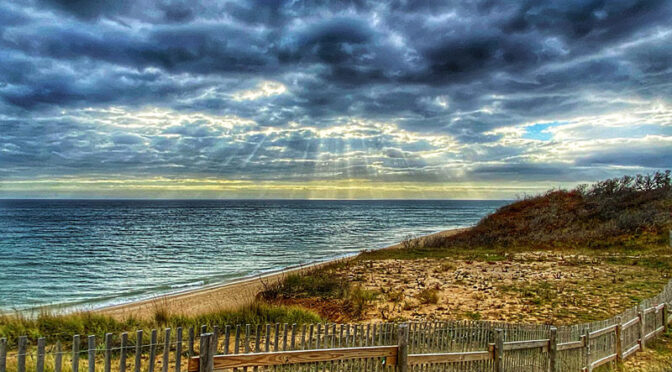 Yesterday was a gorgeous morning at Nauset Light Beach. We thought it was going to be a sunny day, but the clouds were thick and there were little spots of rain here and there.

Looking out over the ocean was so pretty with the rays of the sun shining through. 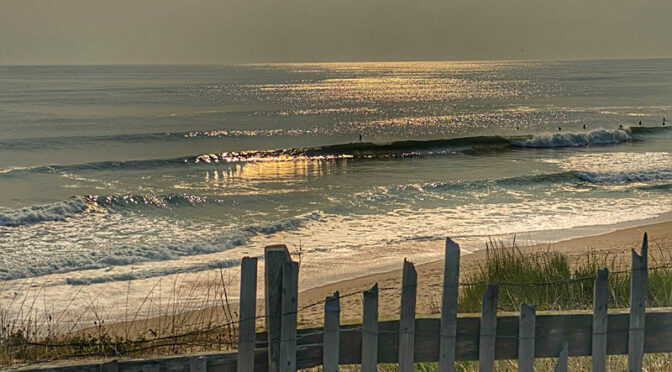 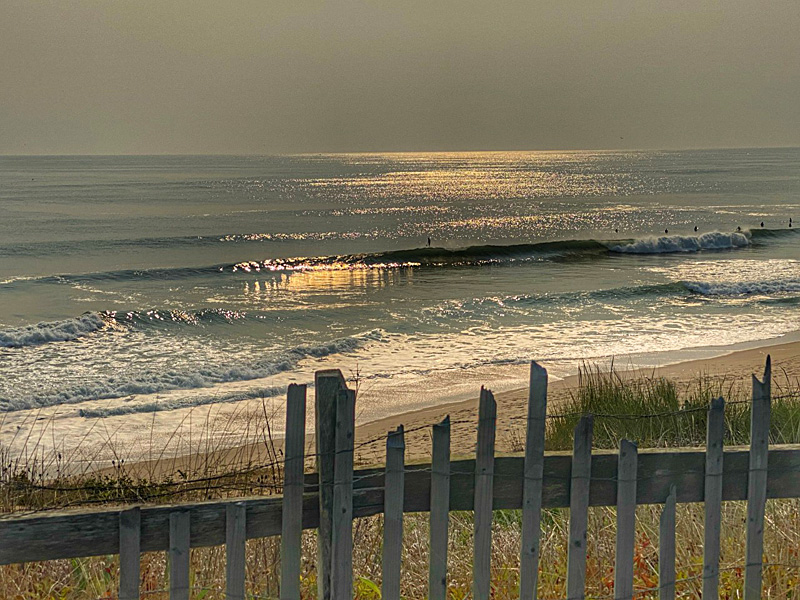 The lighting was spectacular and the waves were big at Nauset Light Beach where you can see the lone SUP surfer and many other surfers out in the water… waiting for that perfect wave . 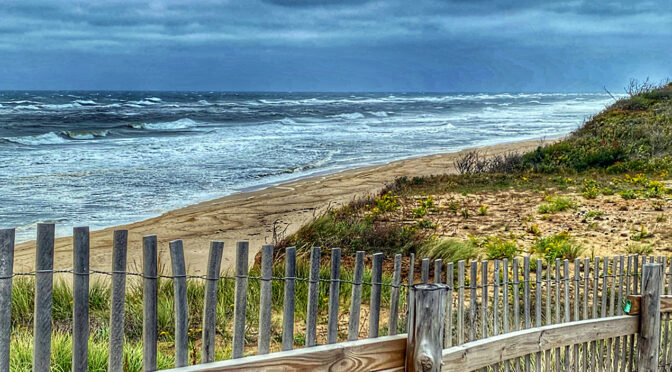 Yesterday was incredibly windy here on Cape Cod. It was the kind of day when you take a walk down to the beach but you don’t want to stay too long as the sand is blowing right in your face. I took this photo at Nauset Light Beach in the morning.

So pretty with the waves, don’t you think?