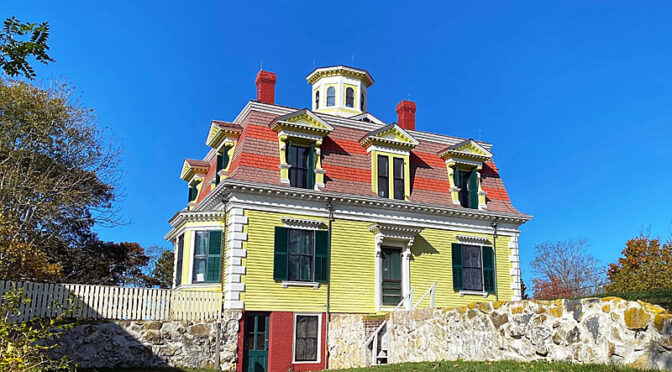 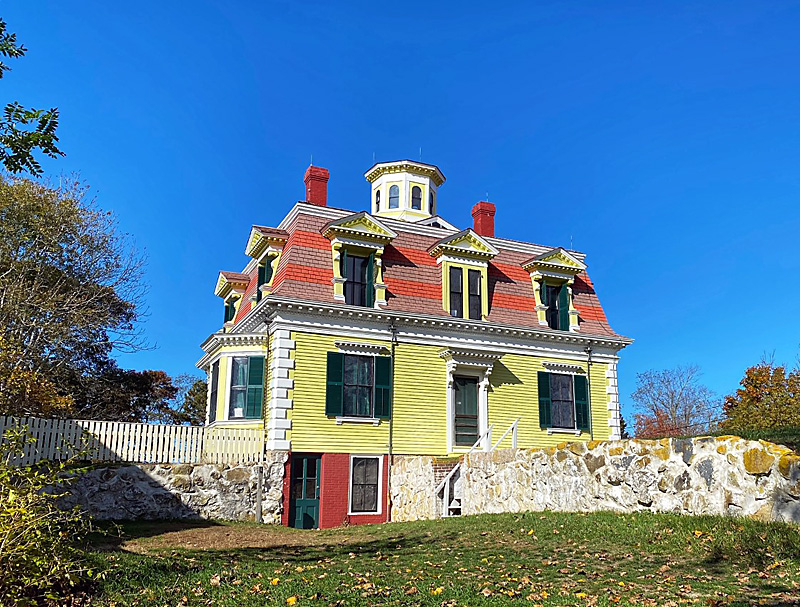 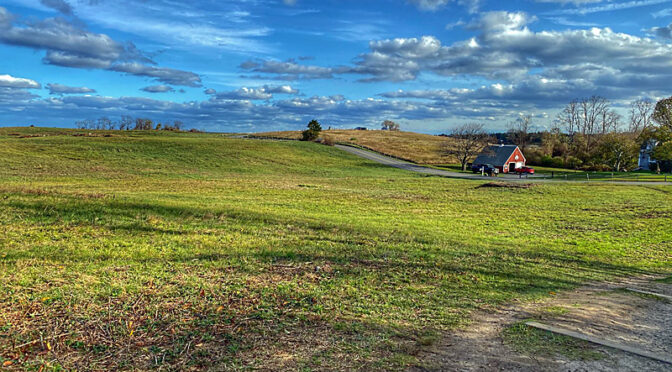 The grass has all been cut back for the winter and the skies were just gorgeous the other day at Fort Hill. Look at those clouds! I loved this pastoral view from the trail up the hill to the overlook. 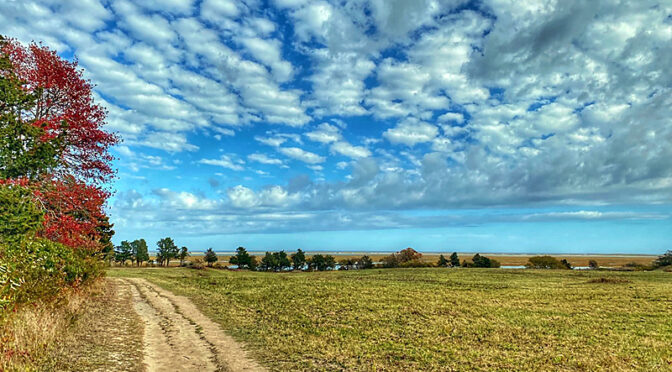 This fall has been just gorgeous for hiking here on Cape Cod. We’ve had warm temps, sunny skies and breezy winds. Fort Hill was especially pretty this day, don’t you think? Love those clouds! 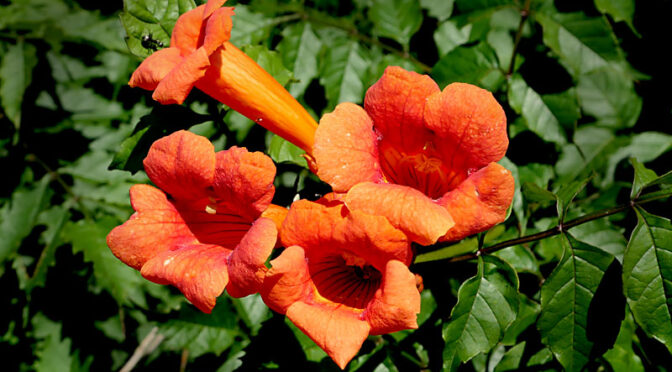 The vibrant orange Trumpet Creepers are blooming all over Cape Cod! They are a large woody vine with bright reddish orange tubular flowers. They can grow to 12′ tall and bloom from July through September. (Click on blog link to see other photo.) 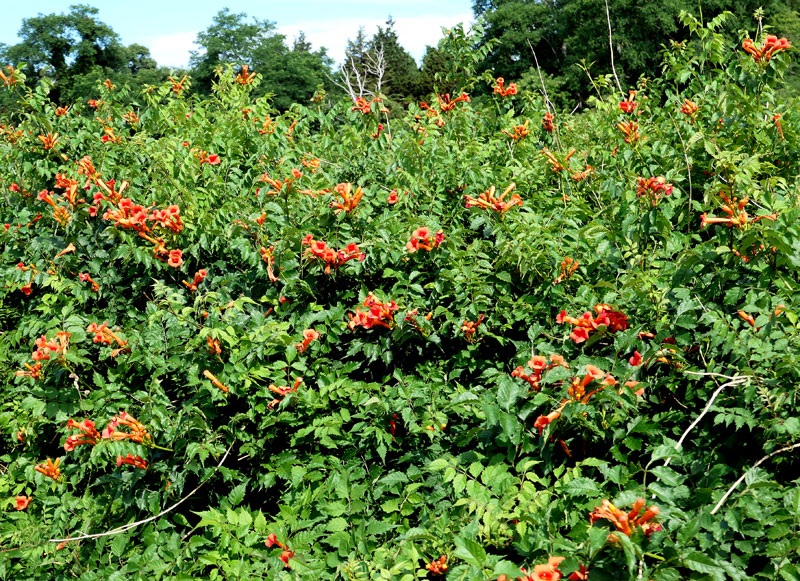 I took these photographs at Fort Hill by the side of the road driving up to the overlook. You can see, in the 2nd photograph, how tall and bushy they get. Have you ever seen a Trumpet Creeper? 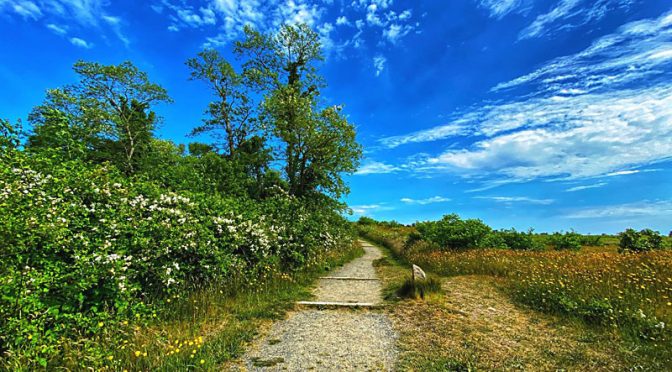 Fort Hill is one of our favorites hikes here on Cape Cod. It has so much to see and so much diversity. I loved this photograph of the flowers blooming by the side of the trail.

Have you ever hiked one of the trails at Fort Hill? 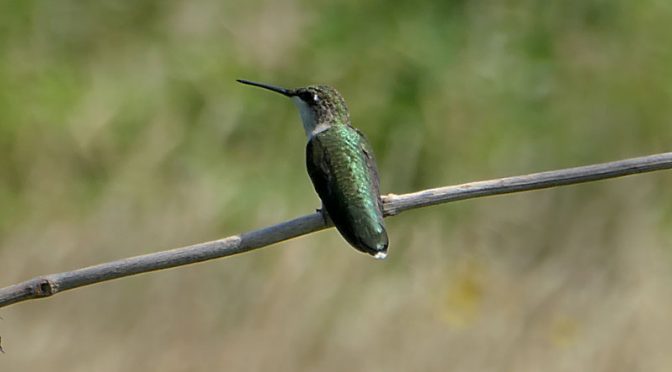 We stopped at Fort Hill to see if there were any Monarch butterflies flitting about. I saw several of them by the Trumpet-Creeper wildflowers on the left side of the road going up to the overlook.

As I was clicking away, this female Ruby-throated Hummingbird landed on one of the branches only a few feet away. I only got 2 photos before it took off. What a treat!

Have you seen any hummingbirds this summer?