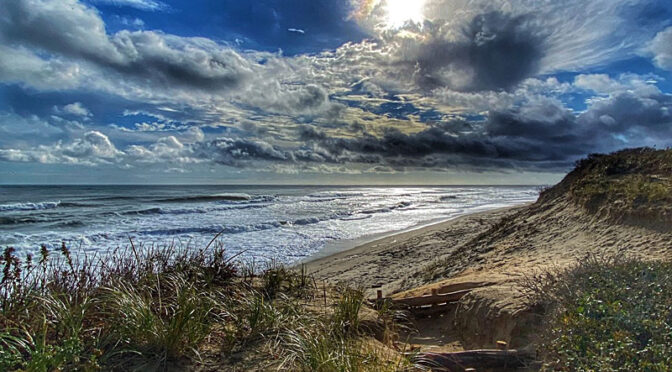 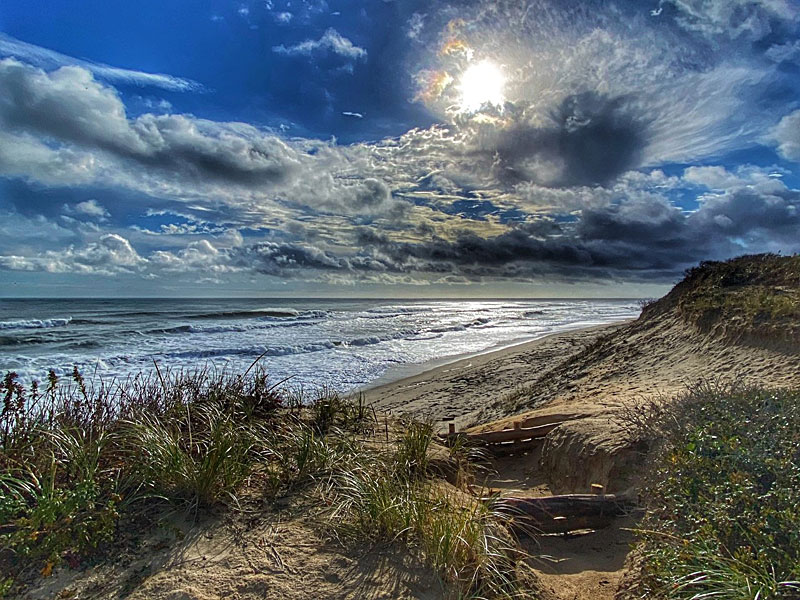 The view was just spectacular at Marconi Beach the other morning. I love how the sun is shining through the clouds and is glistening on the water. 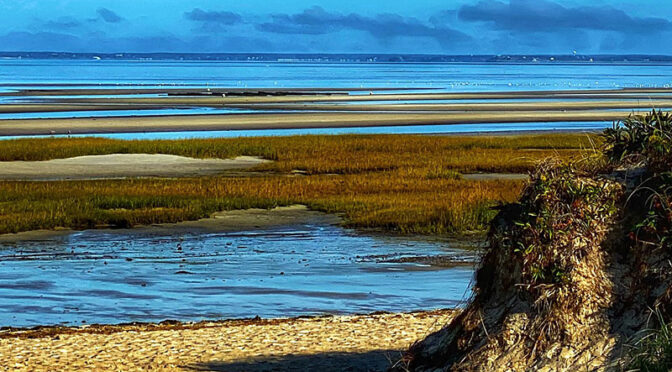 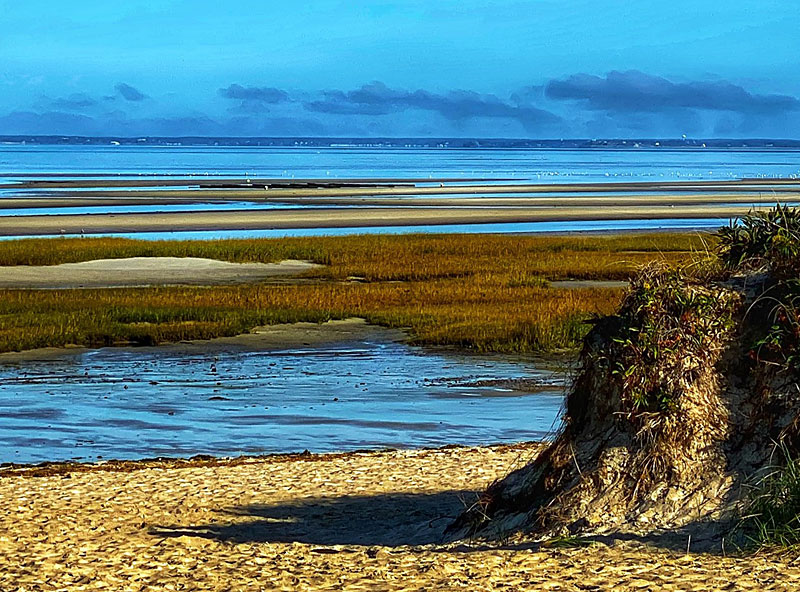 It was a pretty morning and low, low tide at Skaket Beach in Orleans.

Such a pretty sky, don’t you think? Love the clouds… 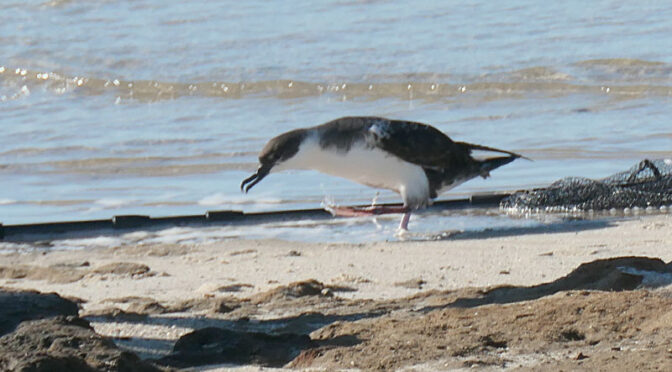 This Great Shearwater is just one of the many seabirds rescued by Wild Care Cape Cod after the Nor’easter a couple of weeks ago. (Click on blog link for other photos.) 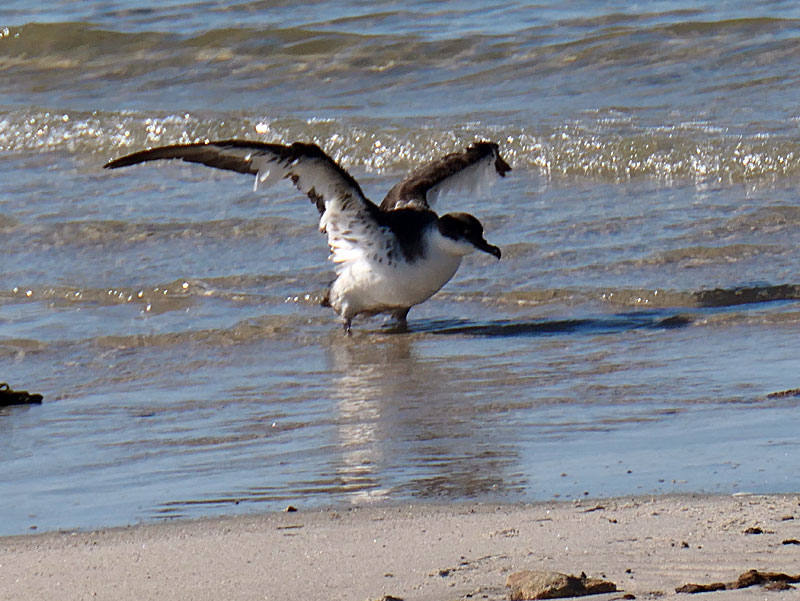 “The Great Shearwater is a common seabird off our Atlantic Coast, seldom coming close to shore except during storms. Often forages in flocks. Commonly feeds around fishing boats, fighting over scraps and offal, seemingly fearless of humans. Although Great Shearwaters are often very numerous in North American waters, they nest only on a few islands in the South Atlantic.”

“This bird has the typically “shearing” flight of the genus, dipping from side to side on stiff wings with few wingbeats, the wingtips almost touching the water. Its flight is powerful and direct, with wings held stiff and straight.” 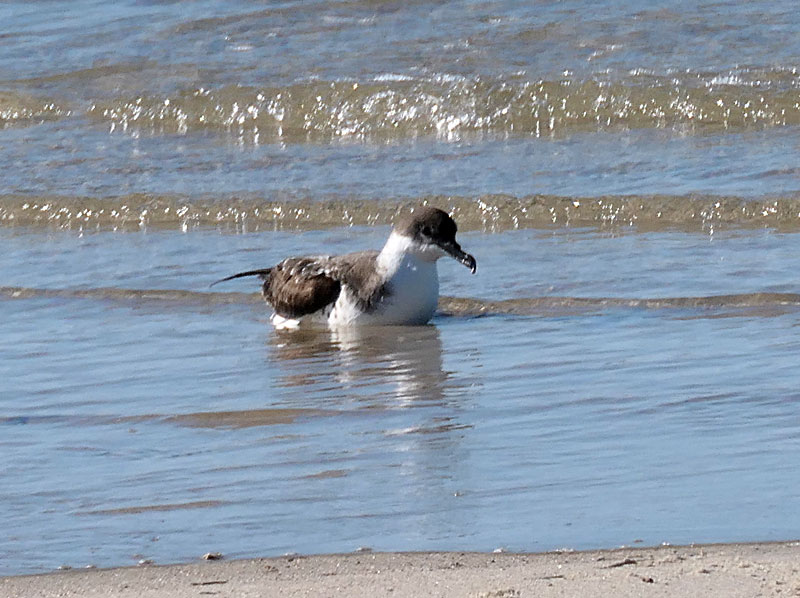 This was a first for us; we had never seen a Great Shearwater. It was so cool!

Visit the Wild Care Cape Cod Facebook page to follow some of these birds that got washed ashore and see how their stories turned out. 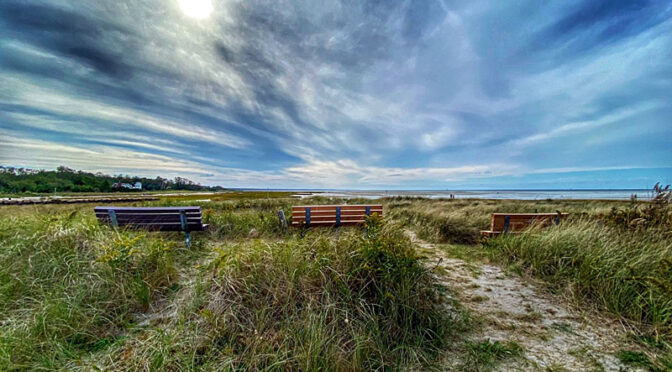 You can have your choice of benches as you overlook Rock Harbor and watch the boats go in and out. It’s a perfect place just to sit, relax and enjoy the moment. 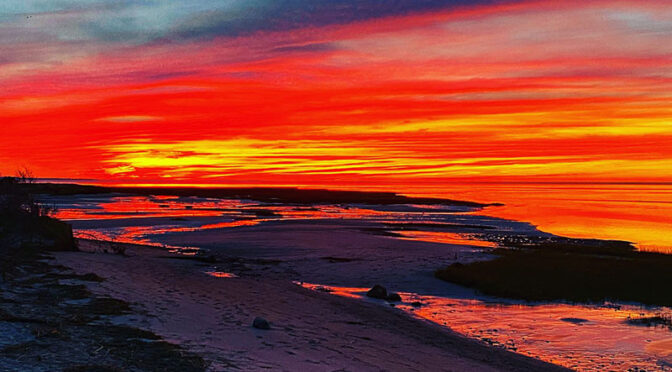 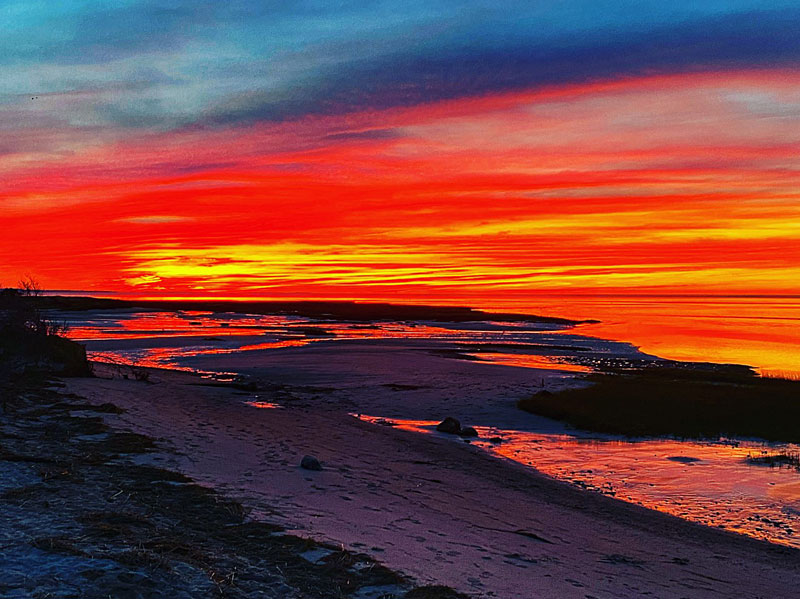 I looked out the window last night and saw the pink hues in the sky and knew this was going to be a beautiful sunset. And I wasn’t disappointed… it was just gorgeous!

Breathtaking, don’t you think? Look at those vibrant colors! 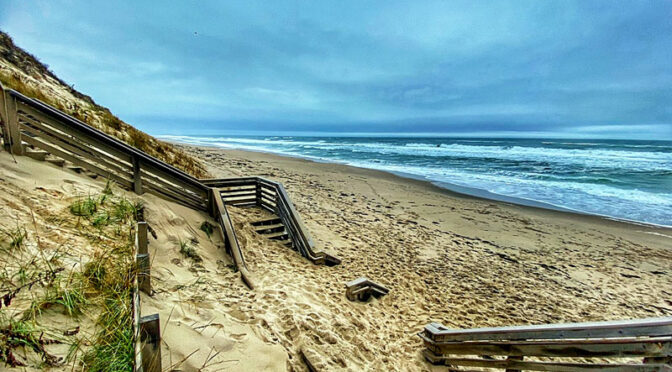 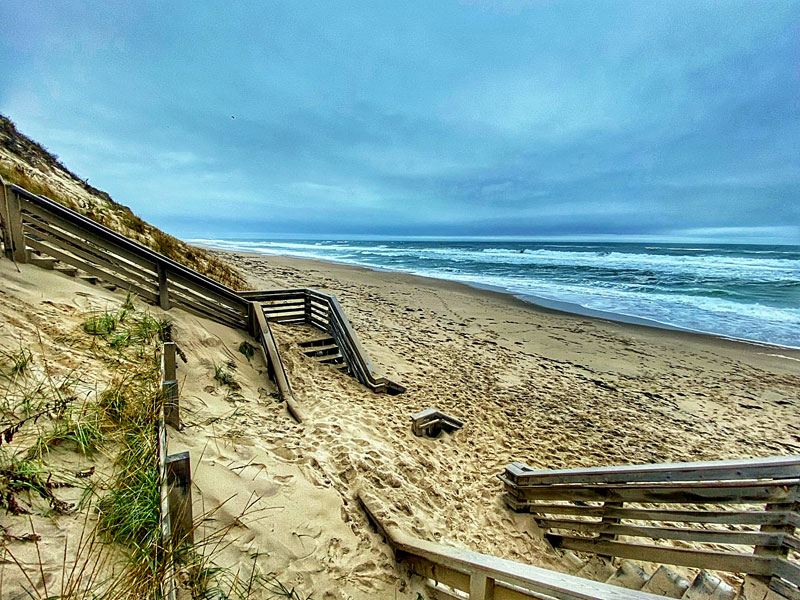 The stairway at Marconi Beach was looking pretty good after the powerful Nor’easter that visited Cape Cod last week. (Click on blog link for other photo.) 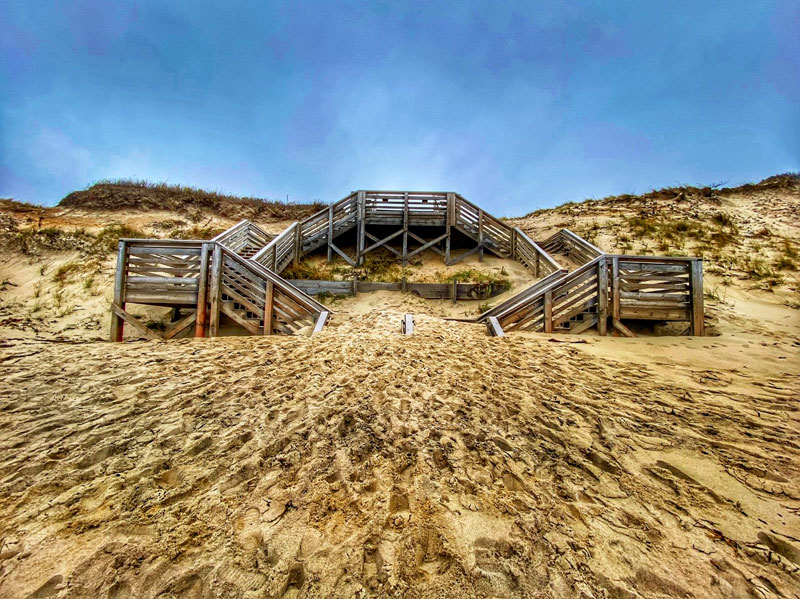 You could see that the sand had covered a few of the bottom steps but I’m sure that can be dug out. Overall, it looked really good and people were using it to get to the beach.